Halloween has come and gone and all I have to show for it is a sugar hangover, tons of leftover candy and a platter of popcorn balls. 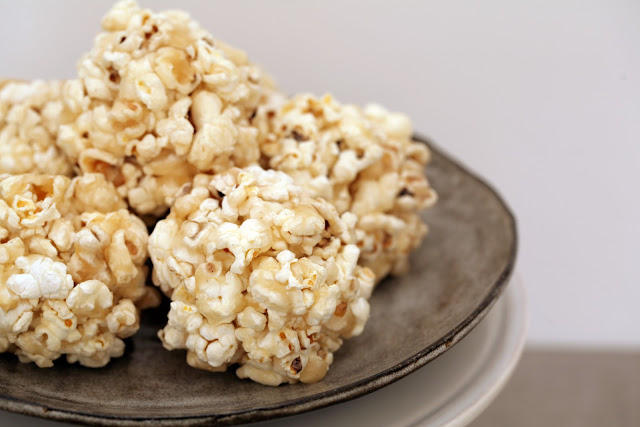 Not that I'm complaining. Popcorn balls are my favorite treat of all time, and the story of how I became hooked on them reads like a hillbilly version of Hansel & Gretel, except nobody tried to stuff me in an oven.
When I was about 8 years old, I used to beg candy from a woman named Laverne who lived on the other side of the creek that separated our property from the only two neighbors within a 5 mile radius. Laverne was in her late 60s and wore her shoulder length white hair in an elaborate Veronica Lake 'do, an interesting contrast to the colorful polyester caftans she draped on her sturdy frame. She smelled of Aqua Net and kept jars of candy all over her house. 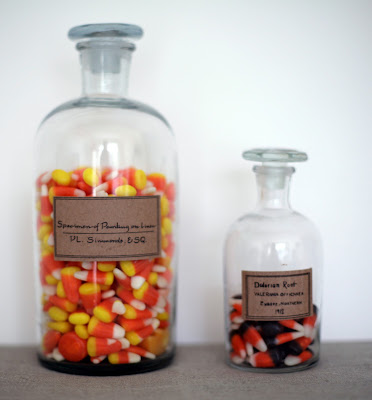 I'm not sure how I came to know about Laverne's candy stash, but I do know that my begging it from her was a short-lived but thrilling adventure punctuated by courage, danger and perseverance. (And humiliation and loss, which I will get to later.)
To get to Laverne's house I had to not only cross an ice cold creek on a rickety footbridge (courage!), but trek a half mile up our road and across two clearings known to be frequented by rattlesnakes (danger!). If I wasn't felled by a venomous snake bite, I'd then climb a series of flagstone steps to Laverne's door; steps which may as well have been M.C. Escher's infinite stairs for how never ending they seemed to me at the time (perseverance!).
Quite a lot of effort for a piece or two of candy, but if your parents didn't keep sweets in the house you'd have done the same. And it paid. Oh, did it pay.
When I arrived at her door, Laverne would kindly usher me into her home and, as my nostrils filled with the strong aroma of moth balls, I'd choose a few pieces of hard candy, saltwater taffy or a popcorn ball if she'd made a batch.
Those salty-crunchy-buttery-sticky-sweet popcorn balls were my undoing. Though my secret candy-begging missions started out as occasional after school excursions, I was soon knocking on Laverne's door every day and on weekends to try my chances at scoring another (and another) popcorn ball.

Laverne was friendly with my family and was therefore no doubt familiar with my parents' restrictions on sugar (and my reasons for begging it from her). And because she picked up her daily mail from the little vintage post office my mother operated for an hour in the mornings, Laverne had plenty of opportunities to tell my mom what was going on. But she didn't say anything for a few weeks, presumably because she found it harmless and cute and, let's be honest, pitiful. Until, that is, I became a demanding, sugar-addicted pest.
So Laverne talked to my parents and my parents talked to me and I felt humiliated and sad. I cried and pouted and lamented my sugarless, popcorn-ball-less fate. Then a few months later, when I'd all but given up hope, Laverne arrived at our Christmas party with a platter of popcorn balls. Bless her kind soul.
Popcorn Balls
Prep time: 10 minutes
Cook time: 15 minutes
Serves: 12
Special equipment: parchment or waxed paper, candy thermometer
About 4 quarts (16 cups) popped corn
2 cups granulated sugar
1 cup light corn syrup
1/2 cup unsalted butter or butter substitute
1/4 cup water
1/2  teaspoon salt (omit if using salted butter or butter substitute)
1 1/2 teaspoons pure vanilla extract or vanilla bean paste
1 teaspoon white vinegar
Butter or vegetable oil for greasing hands
1. Place the popped corn in a large bowl or pot, or arrange it on baking sheets lined with parchment or waxed paper. Set aside.
2. In a medium saucepan set over medium-high heat, combine the sugar, corn syrup, butter or butter substitute, water and salt. Cook, stirring constantly, until it reaches the firm ball (caramel) stage (240-240 degrees F or 112-116 degrees C). Remove from heat. Stir in the vanilla and then the vinegar. Be careful when adding the vinegar, as the mixture will bubble up quite a bit.
3.  Slowly (and as evenly as possible) pour the caramel over the popped corn, stirring with a wooden spoon to combine. Be careful, as the caramel will be very sticky and scorching hot. Continue stirring and mixing the popcorn mixture around until it's cool enough to handle, about 5 minutes.
4. With greased hands, shape the popcorn mixture into 3 inch round balls.
Note: For safety reasons, I don't recommend you let children make this recipe. 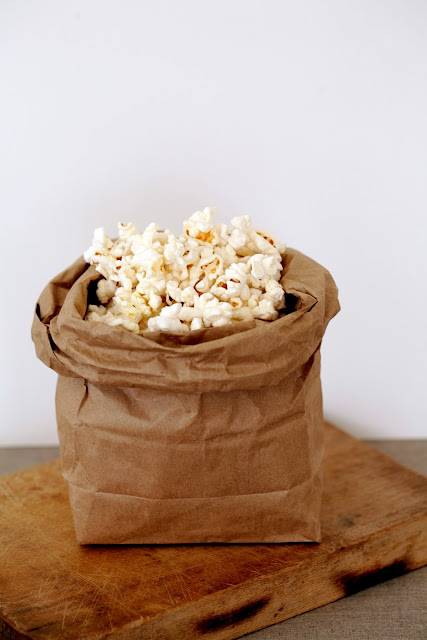 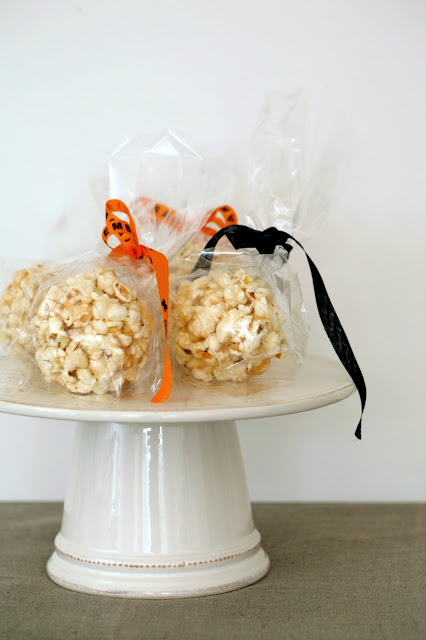 If you're serving popcorn balls at a party or giving them out as party favors or to trick-or-treaters, wrap them in cello or waxed paper bags tied with Brazilets or friendship bracelets. I used orange and black Brazilets (pictured above) for Halloween. Brazilets are wrapped around the wrist and tied with three knots. A wish is made for each knot and when the material wears down and the Brazilet falls off, it is believed that the wishes come true. 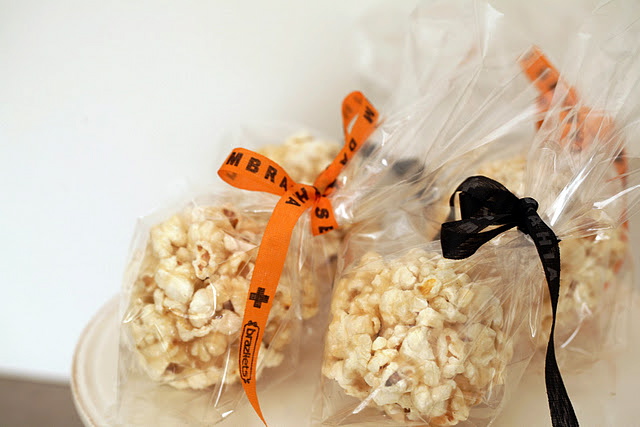 Edit:
Clearly I have a lot to learn about styling, composition, lighting and color correction. And I should make my photos the same size. And figure out how to put them side by side. Phew. Lots to do.